VAPARAQUEST was Out of This World!

Speaking at the VAPARAQUEST in Lynchburg this past weekend was an experience to be remembered. Also on the program were a witch, a hypnotist, several groups that use electronics to locate spirits, another writer who speaks frequently to her deceased son, and a host of other paranormal experts. I felt like the new kid on the block with my paranormal fiction A RED, RED ROSE since I made up my spirit as I went along...or so I thought!
Second-guessing myself, I began to wonder how, never having experienced a spirit presence, I managed to create a "family ghost" that exactly fits the official definition of just that--a family ghost. Was my 6th sense actually engaged and I just didn't know it?
One thing is for sure: There are a whole lot of folks out there who have experienced the paranormal and I, for one, believe their stories.
These guys also have a wicked sense of humor. One of the participants left what appeared to be a very dead body in the bed of his or her room at the Holiday Inn where Paraquest was held. The hotel staff was certainly impressed by the pillows under the sheets shaped like a body. "It" even had a belt around its waist.
We were also treated to a hilarious mystery play where we were to guess who-done-it. One clever observer wrote: "Colonel Mustard, with the candlestick, in the library."
Anyway, I had a blast and I hope to attend more of these weirder than weird conferences. I learned a lot!
On a more sober note, I am pleased to report that A RED, RED ROSE has been nominated for a Library of Virginia Literary Award (fiction category). What an honor!
I'm looking forward to presenting ROSE at several Lake book clubs this summer--certainly my idea of fun. 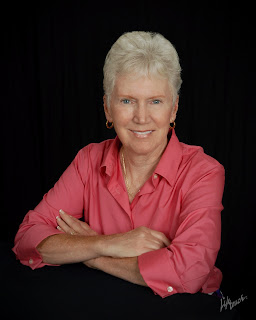 Posted by Susan Coryell at 3:43 PM No comments: